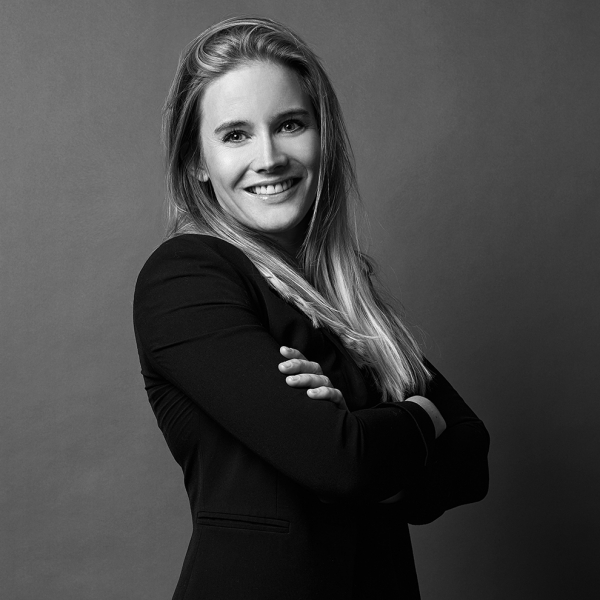 I am Michelle Feijen and I have been a plastic surgeon at the Zuyderland Medical Centre and the MOOI Kliniek Maastricht since 2016. I have researched non-surgical correction of positional skull deformities in children.
After my studies, I completed a fellowship in Dallas with Dr. Byrd, the creator of EarWell. Together, we treated several children and I saw the great results that can be achieved with EarWell. As a result, I decided to start offering this preventive treatment in the Netherlands too. 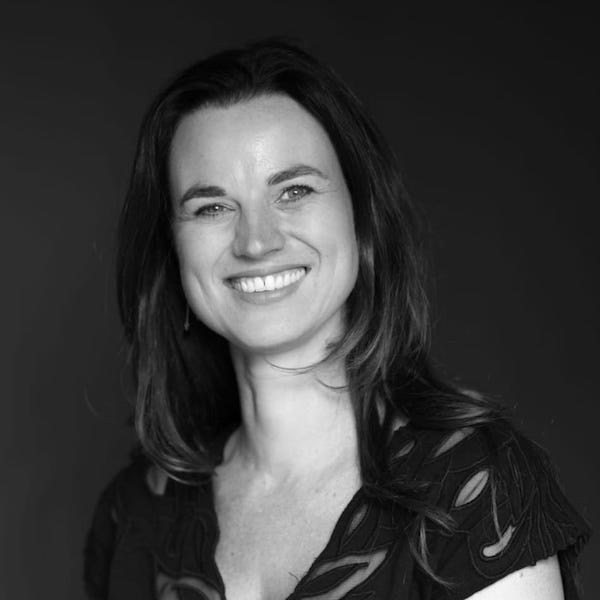 I am Esther Bodde, plastic surgeon at the Klaver Clinics in Heesch. I do my work with great passion. In 2009, I obtained my doctorate in scientific research on bone substitutes. The malleability of tissues such as bone and cartilage intrigues me. The formation of beautiful little ears with EarWell is an extension of this. I am very proud to be able to offer EarWell in the Netherlands, together with Michelle Feijen. 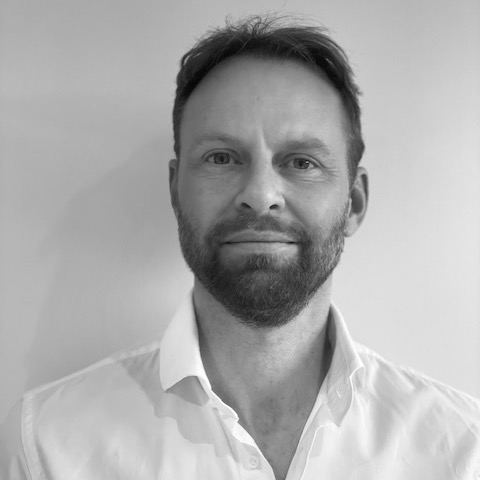 My name is Sander Beekmans and I have been a plastic surgeon since 2008. I work in my own clinic in Gouda and at Bergman clinics. I like working with Earwell because it has been proven effective and because it is a relatively simple treatment to correct an ear deformity and avoid surgery. 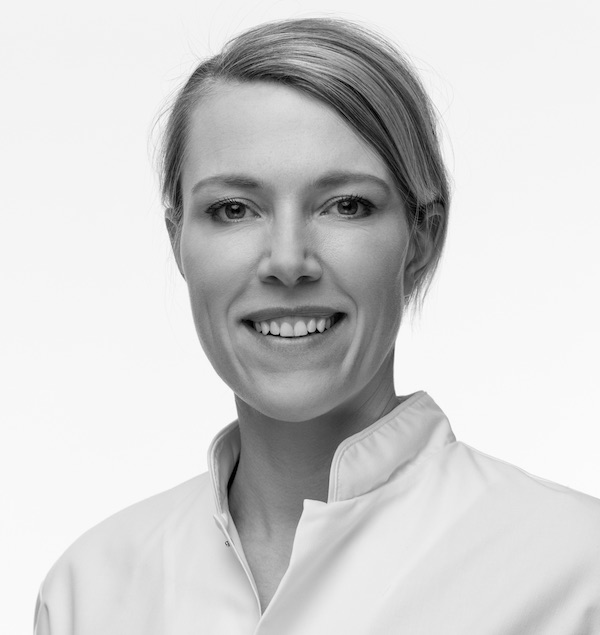 I am Klaske Booij, plastic surgeon at the Spaarne Gasthuis, the Rode Kruis Ziekenhuis and Blooming Plastische chirurgie. Michelle Feijen introduced me to EarWell and the wonderful results that can be achieved with it. We are pleased to be able to offer this treatment from now on! 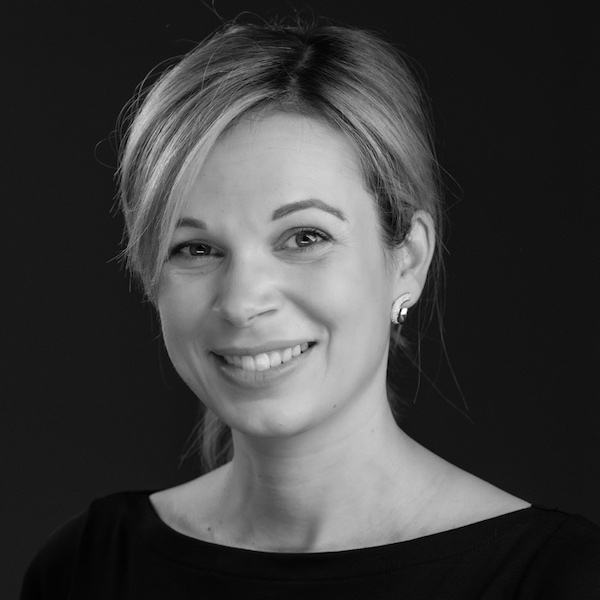 I am Margot Den Hondt, plastic surgeon at the Ziekenhuis Oost-Limburg in Genk and Maaseik. I mainly focus on head and neck surgery. This predilection arose during my PhD research on air pipe transplantation. At the end of my plastic surgery training, I did a 12-month fellowship in Sydney, Australia, on complex facial surgery. Protruding ears can have a significant impact on the self-image and mental well-being of children and adults. EarWell avoids surgery in later life. Moreover, it has been scientifically proven that this technique works. 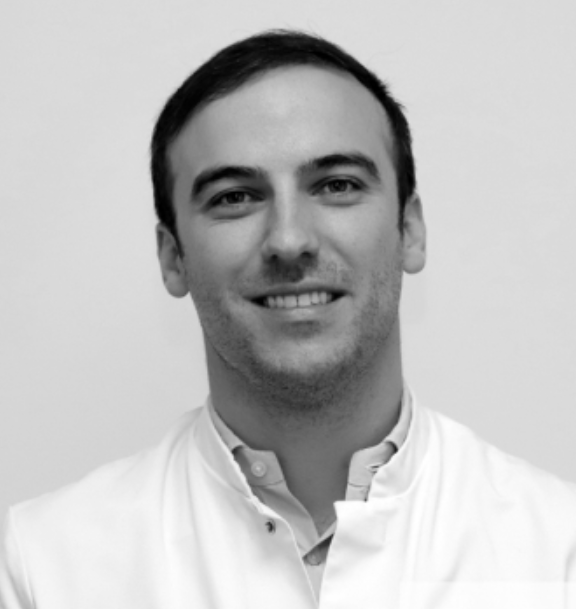 Dr. Edward De Wolf is a certified plastic, aesthetic and reconstructive surgeon. Within plastic surgery, his main field of interest is aesthetic and reconstructive surgery of the head and neck area. The choice to work with Earwell is mainly based on the fact that in a non-invasive and non-surgical way (i.e. without scars) a significant correction of most ear defects can be achieved at a very early age. Dr. De Wolf himself is a father of two young children and avoiding surgery later in life is definitely a plus! 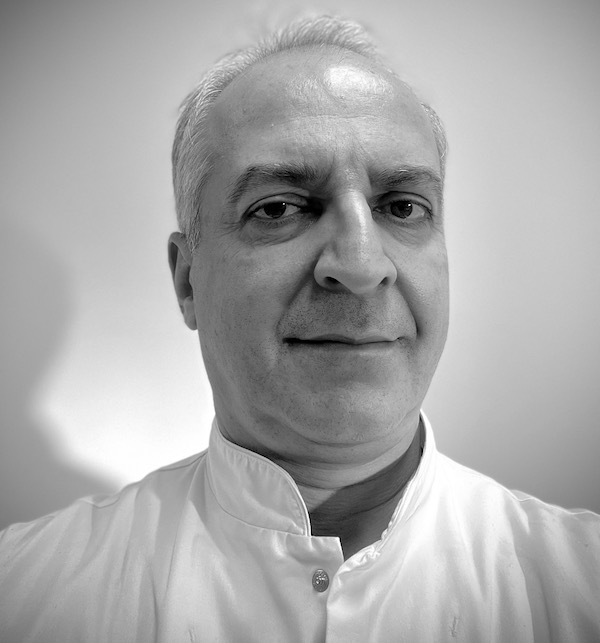 My name is David Jairath, and I am a plastic surgeon at Spaarne Gasthuis, a large regional hospital in Haarlemmermeer and Haarlem. Within plastic surgery, I deal with reconstructions, hand trauma, post-bariatric correction and partly cosmetics. I have enjoyed ear surgery for years because it is a beautiful procedure with a good result. 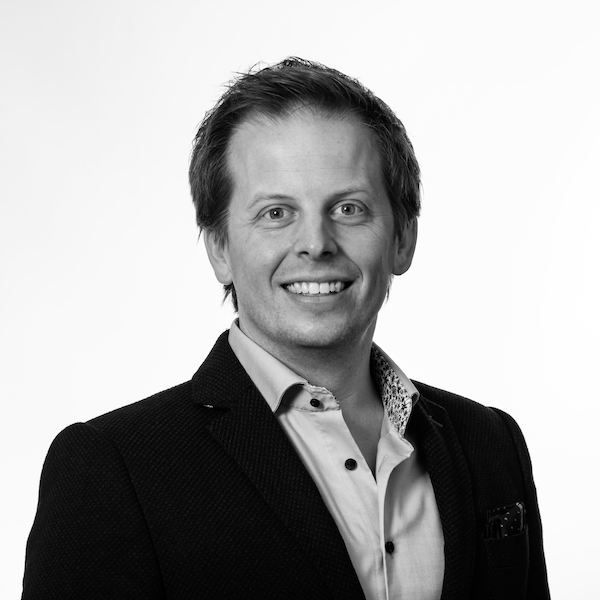 Drs. A.B. (Bastiaan) Lier has been working at Rijnstate since 2021 and is mainly involved in mammary reconstructive, post-bariatric and facial surgery. In addition to studying Medicine in Groningen, he also studied Business Administration. After successfully completing both studies, Bastiaan worked at the Slingeland Hospital in Doetinchem. He then trained as a plastic surgeon in the Catharina Hospital in Eindhoven. During his training he worked in various hospitals, including the St. Anna Hospital in Geldrop, the Maxima Medical Centre in Veldhoven and the Maastricht University Medical Centre in Maastricht. His son Floris was born in 2020 with a combination of an off-ear and a cup ear. Because he wanted to spare Floris an operation in the future, Bastiaan started to apply the EarWell system within two weeks. This has corrected the ears again. Because of the good experience with the Earwell system, he now wants to offer this to other parents as well. 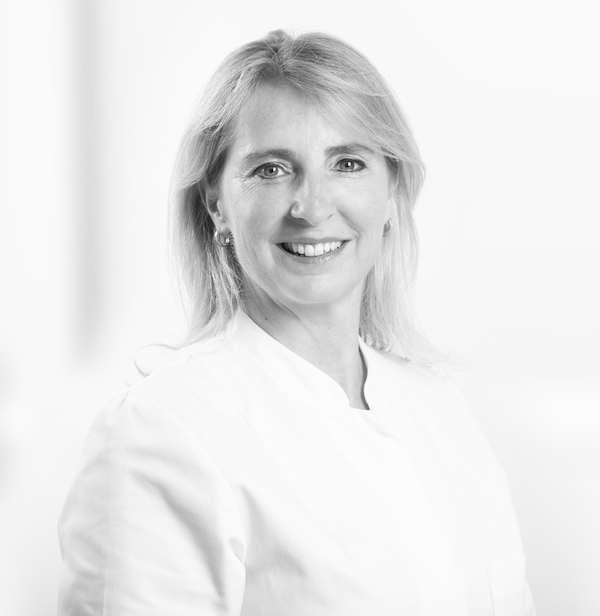 D.S.J.W. Meij completed her medical training in Antwerp. After her training as a surgeon, she did the plastic surgery specialisation in Eindhoven. After finishing this specialisation, she settled in Zeeland where she works within the department of plastic surgery Zeeland in the hospital Adrz and in the private clinic MedCentric. She specialises in breast surgery, skin cancers and various cosmetic procedures such as abdominoplasty, eyelid surgery and botox and fillers. Meij also regularly treats children with protruding ears and uses the EarWell method for babies. 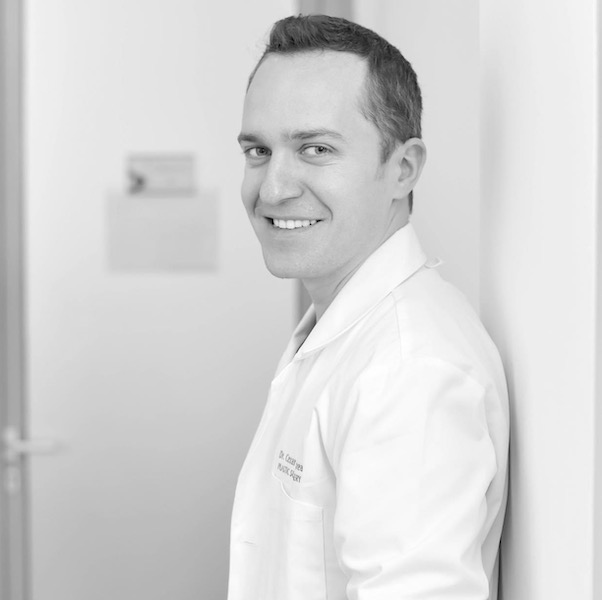 My name is Cezar Buzea, I am a doctor specialising in plastic and aesthetic surgery. After my studies in Romania, I obtained the European Diploma of Recognition in Plastic Surgery (EBOPRAS). I also completed numerous training courses in Great Britain, France, Sweden, Switzerland and Cyprus before moving to Arlon in Belgium. I have chosen to work with EarWell because it is an excellent way to correcting ear malformations at an early stage, thus sparing children psychological distress. 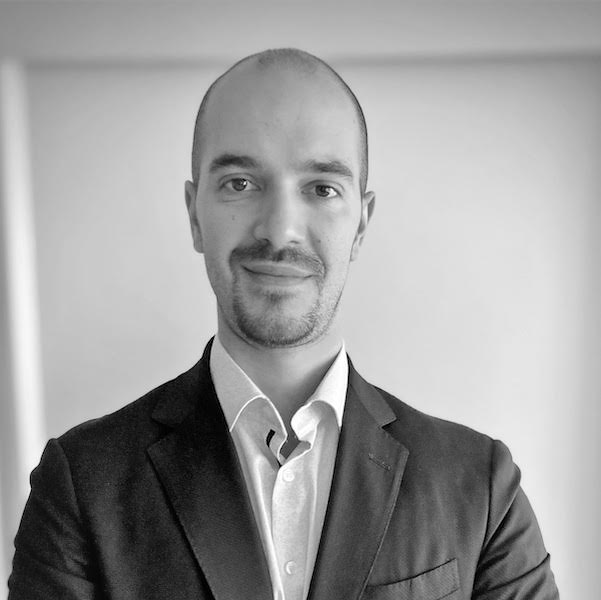 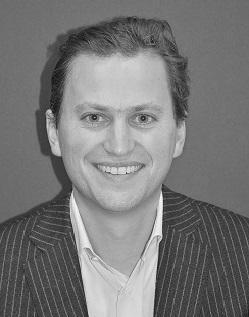 Herman Junior Vercruysse studied Medicine at the University of Antwerp (PhD 2007), after which he started his training in General Surgery with the intention of further specialising in Plastic and Reconstructive Surgery. After 1.5 years he was convinced by Nasser Nadjmi to focus exclusively on facial surgery and to start training as an oral and maxillofacial surgeon.

Because of his passion for craniofacial surgery - and in particular congenital facial deformities and ear reconstructions - after completing his training he went for three years to the largest paediatric centres in Europe and India (Sant Joan de Deu children's hospital in Barcelona, Great Ormond Street children's hospital in London and the GSR Institute of Craniofacial & Facial Plastic Surgery in Hyderabad).

At the University Hospital, he is part of the craniofacial team for the treatment of congenital facial deformities and is responsible for ear reconstructions in microtic patients.

Quote: Although reconstructive surgery of the ear is a passion for me, preventing surgery is even more important. The expertise I have built up with EarWell has taught me that early treatment with the EarWell system can prevent surgery in later life by providing an aesthetically very satisfactory result. 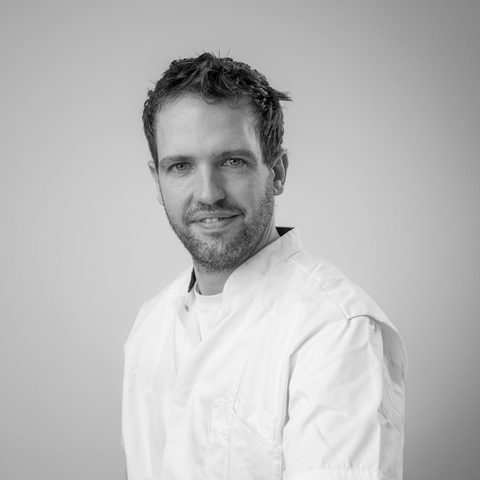 Dr. Wilssens is a plastic and aesthetic surgeon connected at the Sint-Trudo Hospital in Sint-Truiden. Amongst others, his responsibilities include the surgical correction of congenital ear defects. Although these procedures are performed very routinely and produce good results, there is still something wrong with making children undergo surgery when it may not be really necessary. Through timely treatment with EarWell, in most cases this surgery can be avoided and no cutting is required at all. 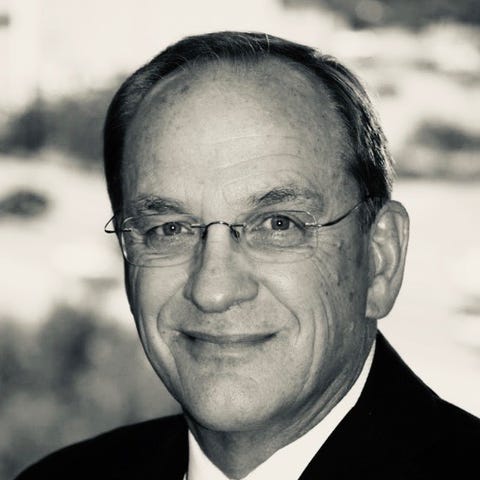 Plastic surgeon and creator of EarWell.

I am Steve Byrd, plastic surgeon at the Dallas plastic surgery institute, Texas, USA. My work within paediatric plastic surgery brought me into contact with children with ear deformities. This resulted in the development of the EarWell system. We now have many years of experience using the EarWell system and we have extensively studied the results. We work closely with Michelle Feijen of EarWell in the Netherlands to achieve the best results for Dutch babies too. For more information: www.earwellcenters.com